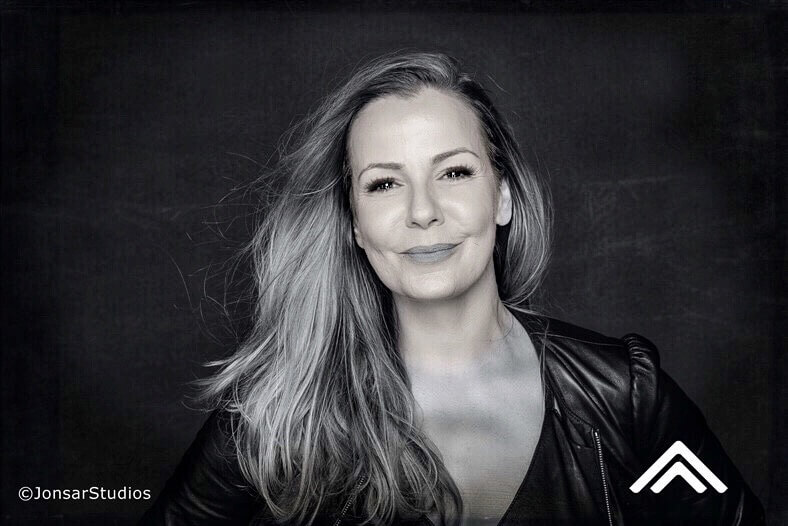 For This Female Leader with GE Healthcare Digital: ‘No’ Is Not a Door Closer, It’s An Opportunity to Find a New Solution

Summer M.S. Nasief has held senior roles with IBM, Honeywell, Microsoft, and now, GE Healthcare. Yet, even after 20 years in the business working in cities such as San Francisco, Boston, Cairo, Jeddah and Dubai, she still finds herself “geeking out” over new technology.

In the two years since she became General Manager of Healthcare Digital at GE Healthcare Middle East, Saudi Arabia and Turkey, the tech she’s been diving into is GE Healthcare’s Edison – an intelligence platform that facilitates the design, development, and deployment of secure healthcare-focused applications and algorithms.

“We help make the data flow on an enterprise scale to create a longitudinal patient view in real time to help clinicians deliver the optimal patient care at any point along the patient pathway.”

After graduating, she was hired by IBM and moved to San Francisco, where, following a series of promotions with progressively greater responsibility, she gained status as a top 10% employee.

Persistent and relentless
In 2012, while she was working for IBM Middle East in Dubai, the multinational announced plans to launch their healthcare business in Saudi Arabia. They needed someone to lead the business, and Nasief, who speaks Arabic and holds a Saudi passport, applied.

But back then, only about 5% of the workforce in Saudi Arabia was female, and conventional wisdom held that only men should be considered for senior corporate roles in the Kingdom.

“I raised my hand. I said healthcare is my thing and I’d love to go for it. The first couple of times, the answer was no. But I was persistent. I told them nobody had the skill set, the language, the passport. Through relentless negotiations, I ended up asking them to give me six months to try it out. If it doesn’t work we can triage a solution. In the end, we grew the business 100% year over year.”

Nasief, who became the first Saudi woman to run an IBM business in the Kingdom, gained national recognition for her successes, ultimately leading to collaborate with the Saudi Ministry of Labor on steps to promote women’s empowerment in the Kingdom. “My belief is that once you reach the top, it’s your job to go back down and bring others up with you.”

Other opportunities followed, including a fellowship from the Aspen Institute’s Middle East Leadership Initiative. She also was selected by Arabian Business in 2015 for its ‘Top 100 Most Influential Women in the Arab World’ list.

Girls hear ‘no’ a lot
Having grown up in the region, Summer knows that girls in the Middle East hear ‘no’ a lot. But her advice, especially to young women, is to understand what that “no” really means.

“Obstacles and no will always be there. But no is not a no; it is an opportunity to stop and think, and approach things differently, and find a way to make it work in the environment you are in. I’ve usually found a successful solution if I keep trying.”

Exponential change
She is amazed by the pace of female empowerment happening across the region, and most recently in Saudi Arabia. “Change is happening here exponentially. What took the United States 70 years, we are doing in just 20 years.”

“Now, opportunities are becoming available. But part of the reason for the fast acceleration in women joining the workforce is an appetite there to be involved. Even if you look at the topology of employees, it is women who work later hours and stay at companies longer.

“Still, this generation has to balance the cultural expectations made on women in our society with finding their place in the business realm.”

While much has changed in the region, more still needs to be done, she says, even in companies like GE, which recently stated in its 2021 Diversity Report that the salaries of men and women doing the same jobs are nearly equal, and that women comprise more than one quarter of leadership roles.

“Companies need to do a better job of bringing up females. This is important because when you have diversity, it changes the conversation. It creates inclusivity and fosters a vibrant culture that people want to participate in. We’re not yet where we need to be in the Middle East.

That includes expectations around how women behave – something that’s still a challenge globally.

Although more senior now, earlier in her career, Summer would get comments about being “too confident” and “putting people off.” “But I said it doesn’t put people off, it empowers the conversation.”

She attributes some of her success to being fearless about asking for what she wants.

“One of the most powerful tools in life is believing in yourself. If you do, you can accomplish anything. You need to hold on to that. Hold on to your inner voice.”