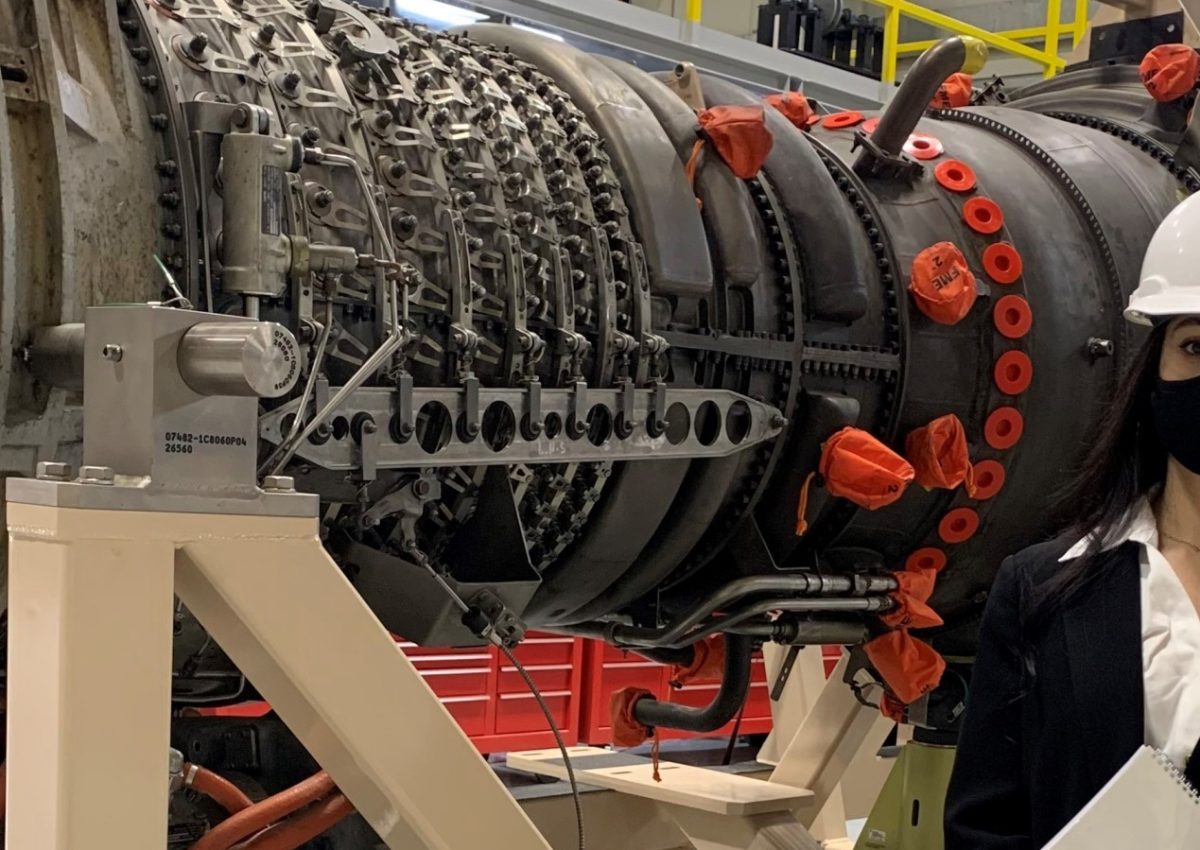 Determined to pursue her own education, she is now helping hundreds grow their engineering skills in Kuwait

Most companies are eager to hire employees who can demonstrate determination, an ability to overcome challenges, a commitment to learning, and fearlessness in the face of new things.

It would be hard to find someone whose life and career trajectory demonstrates those traits better than Amani Ramadhan. She earned both her undergraduate and graduate degrees under challenging conditions, and more than once made dramatic career changes when offered the opportunity.

Today, she is the Lead Education Specialist for the training cell at the GE Kuwait Technology Center (GEKTC).

The first facility of its kind in Kuwait, activities at GEKTC focus on three core areas – training, tooling, and research and development (R&D). The training cell has the capacity to train up to 900 people a year in areas such as servicing and repairing gas turbines, steam turbines, generators, and other aspects of the power generation industry. The courses offered are both hands-on and theoretical. In a role that she has helped to define, Ramadhan is responsible for coordinating all training programs at the facility.

Born in St. Louis, Missouri to Kuwaiti parents who were in the United States while her father was in university, Amani returned to Kuwait with her family when he finished his studies.

But, in one of her earliest bold moves, 15-year-old Amani asked her parents to let her return to the United States to finish high school and stay with her godmother in Los Angeles.

In the ensuing years, she got married, had her first child, and separated from her husband, all by the time she was 21, and then, as a single mother working part time, began earning credits towards a college degree.

Over the next several years, she earned dual undergraduate degrees in Business Administration and Accounting, and Criminal Justice, all while working part time.

“It was the hardest time in my life,” Amani recalls. “My family was far away in Kuwait and I was juggling raising my daughter, with part-time work, and going to school. But I knew the value of an education and was determined to complete my college degree.”

After graduation, she worked several years in New Mexico as an accountant and audit officer. During a visit to the Kuwaiti consulate in Los Angeles, she impressed the team there so much, that she was offered a job on the spot as the executive assistant to the Consul General.

Despite consular work being an entirely new area to her, Ramadhan accepted the offer, and spent six years there. By the time her daughter was 16, she was ready to return to Kuwait.

Initially, she joined the Ministry of Foreign Affairs, following her years spent at the consulate, but was soon approached by GEKTC and, although she’d never previously worked in the private sector, jumped at the opportunity.

“I felt there was more opportunity for growth in the private sector, and when GEKTC reached out, saying they needed someone with my background and outlook, I eagerly accepted the job as Lead Education Specialist.”

Ramadhan, now 38, was also excited by the challenge of working at a facility that was still in growth mode. “At the time, GEKTC was a new facility, only one year old. We were building our training services and raising awareness about what we could offer, both to staff within GE and to our customers. The facility includes a full-scale gas turbine, steam turbine and generator, as well as turbine rotor blades and power plant control systems, meaning that GEKTC gives trainees the opportunity to practice a complete maintenance job on a gas turbine. Today, I’m proud to share that we’ve helped train professionals working in the power sector all the way from Bangladesh to Algeria,” she said.

“I’m proud of the center’s role in supporting a new generation of Kuwaiti and foreign engineers and operators,” she said, “As we help them grow their skills, we support the shaping of the future of energy, which then supports socioeconomic growth around the world.”

Given the hard work she put into pursuing her own education, Ramadhan is especially passionate about mentoring and speaking to young Kuwaitis.

“I really enjoy speaking with high school students about what it’s like to work in the private sector, career pathways, and how to try to find the will to get through challenges that come our way. Life isn’t always easy but dark days are usually followed by ones full of light. You need to keep trucking through the difficult times to get to the light at the end of the tunnel.”

View all from: Kuwait,