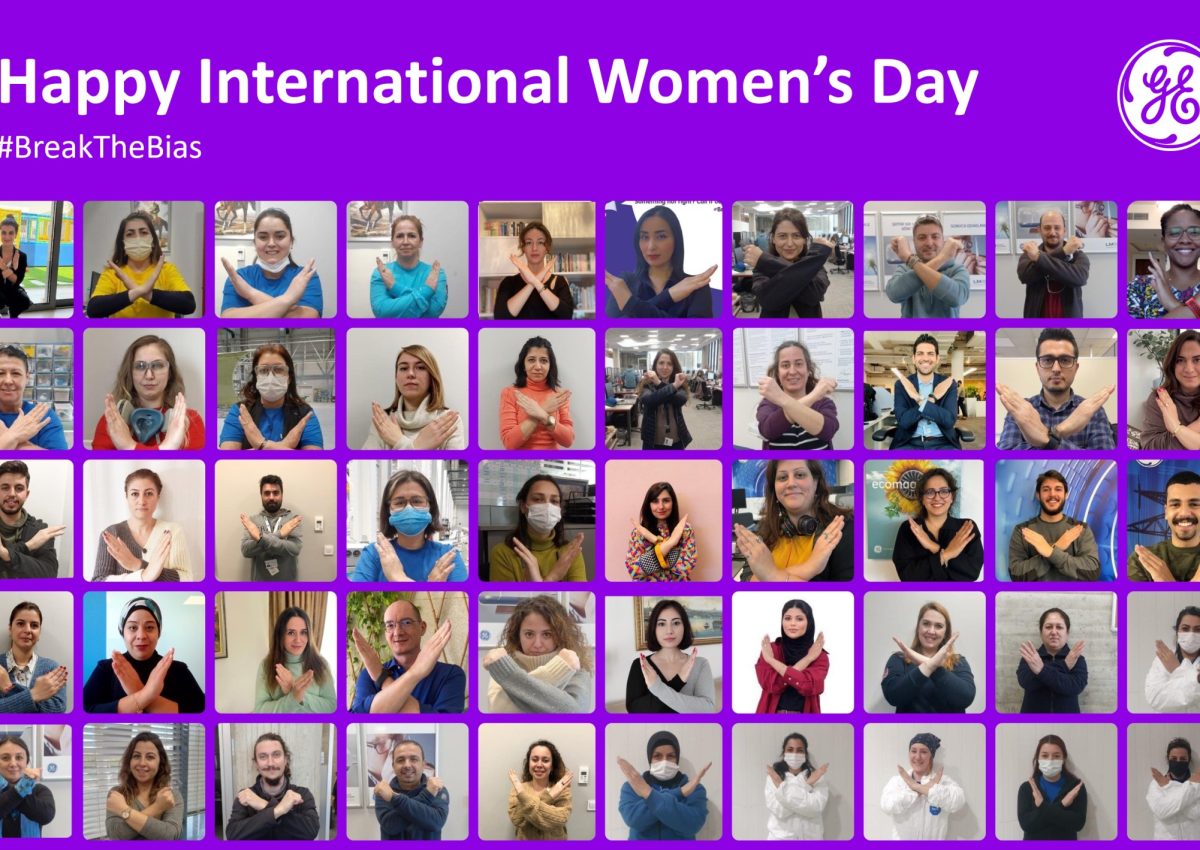 ‘Pursue the Life You Make for Yourself, Not What Fate Gives You’

Fatima Al Bahrani, an HR manager with GE in Saudi Arabia, is the first woman in her family to work for an international company, a success she attributes in large part to the inspiration she took from the determination of her mother and grandmother.

“I see how strong they were to make the most of the opportunities open to them at their time, where my mother was a kindergarten teacher and my grandmother could read but not write. A lot of that is in me, and it’s a heritage that I give my [21-month-old] daughter – having the strength to overcome obstacles, the courage to believe in yourself, and the ability to see the good in people. Those go a long way and always need to be in our hearts and in our character.”

Al Bahrani, People Operations Manager, Service Delivery, for Saudi Arabia and Bahrain at GE, demonstrated her own resolve when still in high school. She wasn’t accepted into the college and degree program of her choice. Rather than matriculate to the college that had accepted her, she pushed back. “I didn’t want to pursue a life that’s not for me. So I took a risk by withdrawing from the college that I was accepted in, and waited.”

“Sometimes we have to fight for what we want, and pursue the life you make for yourself, not what fate gives you.”

She enrolled in a private institute where she earned a diploma, before reapplying and getting accepted at a university where she could earn the management information systems (MIS) degree she wanted.

“My family was supportive, helping me to register at the institute. That support helped give me the strength to pursue this. I’m proud of myself and proud of the people around me, like my family, who supported me to make that decision.”

She earned her bachelor’s degree from Jubail University College and later, while working at her previous employer, earned an MBA from the Saudi Electronic University in collaboration with Colorado University.

She was eager to study management information systems because she liked how the degree blended two main professional interests: technology and business.

It also opened the way for her to pursue her other passion: people, who are the reason she has been in the human resources field for the nine years of her career.

“I definitely wanted something with a connection to people. I’ve always wanted to know people more, understand how they behave. In HR, I meet lots of people from all the businesses, from management, from different perspectives and backgrounds, since working for an international organization.”

This interaction with people gives her work a clear purpose.

“Every day, people come to us for assistance. Every day, I contribute positively to someone’s life. It’s been a successful day if think back on the day, and I’ve met new people and made their lives easier.”

As much as she is a people person, she also likes technology.

“I’m always thinking, ‘Why do it this way and not another way?’ Technology can help us to do processes differently, more quickly, which means we can focus more on the human part. In that way, technology can empower us in other areas where we are interacting with people.

Beyond pursuing her interests and drawing on the inspiration of female members of her family, Al Bahrani also attributes her success to pushing herself out of her comfort zone.

This is what she would recommend to young people and especially women.

“You have to be courageous, bold and get out of your comfort zone.”

“I tell my team members, ‘Don’t expect the team leader to present the idea in a meeting. If you worked on it, speak about it. Nobody will be able to explain it better than the one who did it.

“It’s also about giving credit to the right person and encouraging them to show who they are, what they are capable of doing. This helps them to progress and achieve more successes.”

“My advice: Be proud. People will notice you and give you a chance.”

This is particularly the case for women in Saudi Arabia today, she says.

“We are way past the idea of male and female. Now, you can do whatever you want, as long as you have passion and determination. We lived in an era where there were bigger obstacles, but now, the country, the companies and the workplaces are ready to have all this female talent.

“These days, it’s about who you are and what you want to do. There are no obstacles to block your potential. Yes, you will have your own obstacles to fight, but the world is ready for you!”

In fact, one of Al Bahrani’s proudest moments was when she was on maternity leave at GE and learned from colleagues that there was a vacancy for the role she now holds. At first she hesitated, but then applied. “I was interviewed while on leave, with my baby on my lap. But they saw the potential I could bring,” and she was offered the job.

“I’m proud to be from this region and proud to be part of a company that celebrates women and sees how important it is to balance life and the professional world.”

View all from: Saudi Arabia,