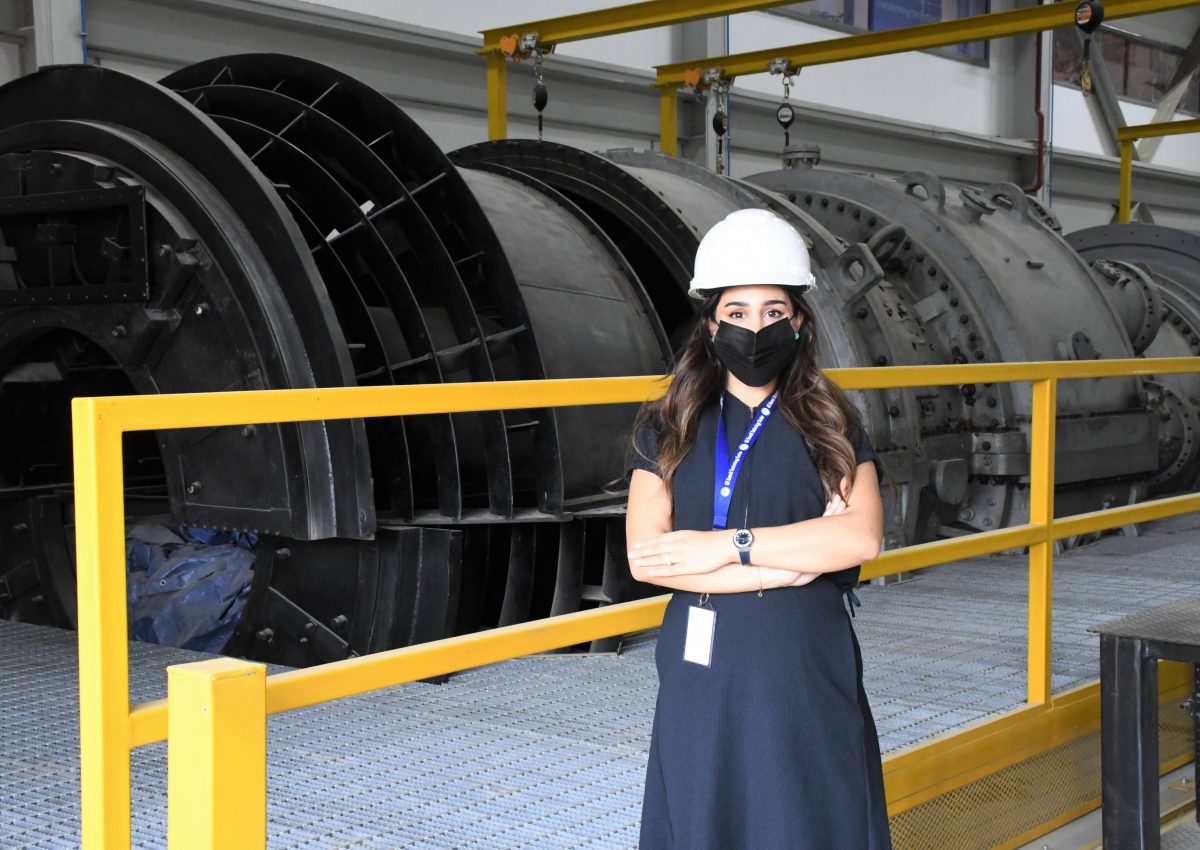 The first female engineer in her family says: ‘believe in yourself … and anything’s possible!’

Ever since she was a little girl, Dana AlQattan was told by her parents that she could be anything she wanted. She chose to work in the field of engineering, and in doing so, became the first woman in her family to earn such a degree. Since then, she’s been pursuing her dreams, meeting each challenge head-on.

“My parents always supported the idea that my brothers, sisters, and I could achieve our dreams and do whatever we wanted, regardless of gender. We were supported in everything we wanted to achieve,” said AlQattan, who is the Sales and Proposals Manager for the GE Kuwait Technology Center (GEKTC).

She was no doubt influenced by her father’s field: chemical engineering. But she was also inspired by her mother, who was a teacher in the early days of her career and then worked at the Kuwaiti Ministry of Justice, where she supported and contributed to translating laws and legislations, before Google Translate was a thing.

At GEKTC, AlQattan is responsible for driving business growth across all three areas of the center’s activities – training, tooling, and research and development (R&D). These include hands-on and classroom training to service and repair gas turbines, steam turbines, generators, and more; preparing and sending tooling kits to facilitate power plant repairs and maintenance works; and providing cutting-edge R&D services in areas such as failure analysis & material life assessment, oil & fuel testing, controls simulation, and monitoring & diagnostics.

This role is the third major career turn for the 30-year-old Kuwaiti, demonstrating just what she hoped to gain from an industrial engineering degree.

“I wanted to do something related to science but didn’t want to focus on a specific technical aspect. I also wanted to understand the business side of things, and that’s what industrial engineering offered. I was intrigued by the idea of improving process systems. In this field, I could see there was more room for different opportunities when I graduated, rather than a narrow technical path.”

That was important, because as AlQattan explained, “I like to explore, to learn different things and different aspects of different businesses.” With an industrial engineering degree, her career options were wide and diverse.

After graduating from the American University of the Middle East in Kuwait, she applied to work as a field engineer with an international oilfield services firm. “At the time, there was a big push on health and safety at the company, and they thought it would be beneficial to have a recent graduate, someone with fresh eyes, to take on this role,” she said.

After working successfully in that role for more than two years, she was tapped to take on a sales role in a completely different business, where she had to learn about drilling rigs and pressure control equipment and traveled extensively, working on projects around the world. Sometimes, that presented unique challenges – like when she had to work on a sales negotiation in China and she and her counterparts didn’t speak the same languages! “It was tough trying to communicate through the barrier of different languages, but we got through it successfully.”

In late 2019, she was approached to join GEKTC. While the sales role was familiar, the industry – power generation – was again a complete pivot. What’s more, only a couple months after starting her new role, the pandemic began, with accompanying lockdowns, travel restrictions, and work from home requirements.

This presented her with a totally new type of challenge: getting to know her new company and sell its services, while working from home, virtual customer meetings, and the whole world in lockdown.

Today, AlQattan is one of three female leaders at GEKTC. However, throughout much of her career, she has often been the only woman in the room or on the team.

“At both GE and my former employer, I was always considered part of the team and never felt overlooked as a female. My leaders pushed me to develop and grow and have always believed in my capability and the value I bring to the table. But that isn’t to say I didn’t face any sexist comments, or experience something that wouldn’t have been said or done if I were a man, especially when interacting with others outside my organization.”

That’s why, she regularly speaks to female university students at her alma mater, sharing her experiences, providing guidance, and career counseling.

“I know that it’s harder for women to juggle work and home responsibilities and many simply don’t realize what all it is actually possible for them to achieve. We often create mental roadblocks for ourselves. When I would go speak at universities [before the pandemic], female students would ask, ‘Are you sleeping at the rig site?’ and other questions about being a woman in this field. I tell them, ‘It’s not a man’s job. You can do it. You have the ability. Don’t limit yourself to certain roles because of preconceived misperceptions and stereotypes based on gender.’ In that sense, it’s always great to share my experiences. I hope I can be a role model for young women in Kuwait and elsewhere.”

Ultimately, her advice, particularly to young women is, “Do not underestimate your ability and power to achieve great things. Success comes from believing in yourself first, and then working hard to achieve your goals.”