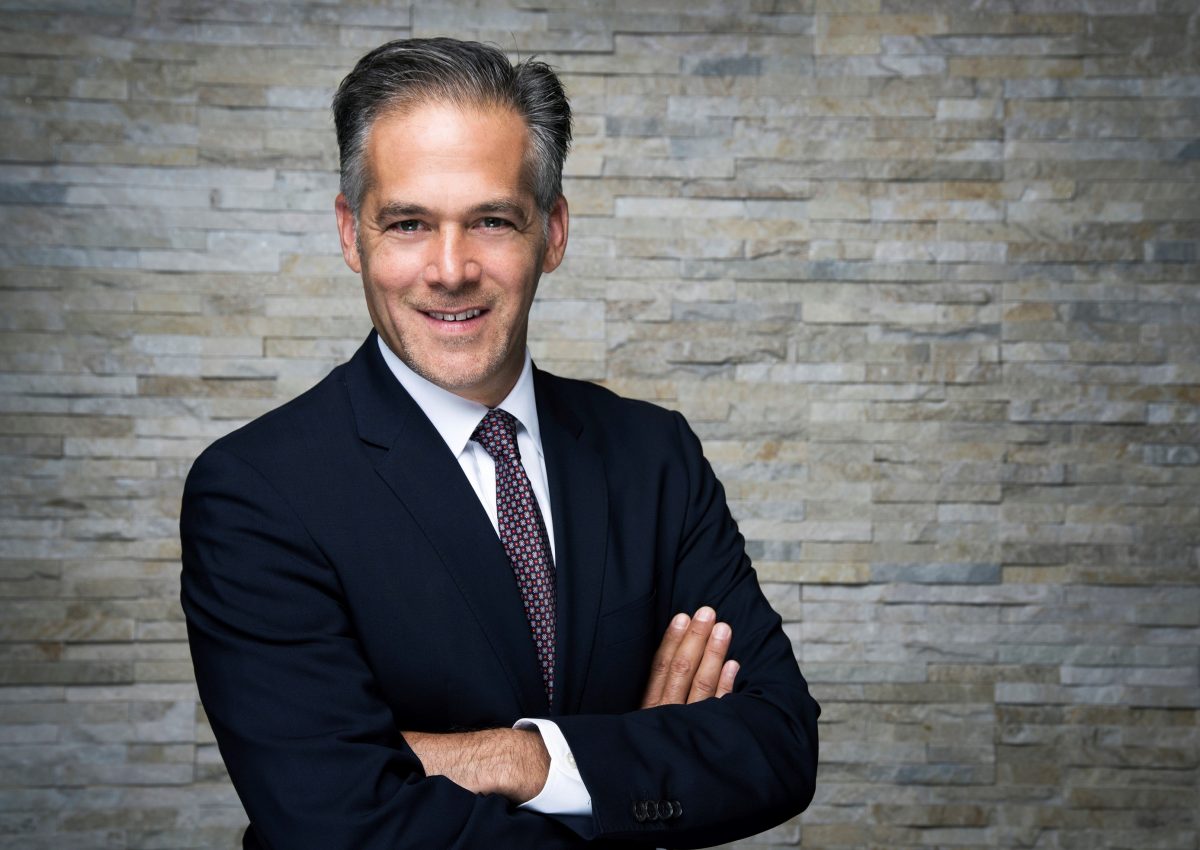 Climate change is creating some of the most critical challenges facing our communities, planet, and sustainable progress today. With approximately 40% of global carbon dioxide (CO2) emissions from fuel combustion attributable to the electricity and heat production sector, decarbonizing power must be a key area of focus in solving for the climate challenge.

But the challenge for those of us working in the power sector is not quite as straightforward as simply providing lower carbon power. We need to solve for the energy trilemma of supplying more reliable, affordable, and sustainable power, in the context of increasing global demand for electricity. This is why I believe that renewables and gas power together, will play a key role in the future of energy, including in the countries of the Gulf Cooperation Council (GCC) – Bahrain, Kuwait, Oman, Qatar, Saudi Arabia, and the United Arab Emirates (UAE).

We describe how in GE’s white paper Pathways to Faster Decarbonization in the GCC’s Power Sector. There is no one-size-fits-all solution and at GE, we recognize that multiple technologies and fuel sources – including solar, wind, hydro, gas, nuclear, battery storage, hybrids, and more – will contribute to the region’s long-term energy mix. However, the accelerated and strategic deployment of renewables and gas power in the GCC can enable substantive reductions in emissions rapidly, while in parallel continuing to advance the technologies for low or near-zero carbon power generation in the future.

THE DECARBONIZATION IMPERATIVE IN THE GCC’S POWER SECTOR

In 2018, the energy sector made up over 80% of total greenhouse gas (GHG) emissions in the GCC, of which up to 44% was attributable to power and heat generation. In 2019, thermal power through liquid fuel and gas-fired power stations accounted for up to 98.7% of the installed power generation capacity and more than a third of this was liquid fuels.

While the GCC countries have shown a clear commitment to addressing climate change concerns and are taking measures to reduce carbon emissions from various sectors, further accelerating efforts to decarbonize power can lead to significant, quick wins. This can be achieved by leveraging the region’s tremendous renewables potential together with its abundant natural gas reserves, while transitioning away from higher carbon intensity liquid fuels. In Oman, for example, an upcoming project that will use GE’s TM2500 aeroderivative gas turbines to generate up to 80 megawatts (MW) of power, is expected to help reduce annual CO2 emissions by up to 90,000 tons per year by using natural gas instead of diesel.

WHY RENEWABLES AND GAS POWER NOW

Renewable energy has grown rapidly from a small base in the GCC, with installed capacity increasing at a compound annual growth rate (CAGR) of 69% during 2015-2020, reaching up to 2.4 GW in 2020. This has been spurred by various factors, including the suitability of renewable solutions for grid-scale projects, falling costs (especially decreases in solar photovoltaic technology), and technological advances that have led to more efficient and reliable renewable energy solutions for hot and harsh environmental conditions such as those found in the GCC.

However, the growth in renewables can come with its own set of challenges, especially around maintaining grid stability as more variable sources of power come online. Utilities and operators have been evaluating battery energy storage systems to support renewables but they will not be competitive on a levelized cost of storage basis for durations greater than 8 hours until there is a significant technology breakthrough resulting in a reduction in costs. Consequently, gas presents an excellent complement, enabling the growth of renewables by providing on demand, flexible, baseload power.

Gas provides dependable, dispatchable capacity that is available regardless of the time of day, season, or weather. The fast ramp rates offered by gas turbines mean that gas power output can be increased or decreased very quickly in response to fluctuations in renewable energy supplies, to help balance power demand and supply and maintain grid stability. Combined cycle power plants fueled by natural gas have the lowest CO2 emissions amongst fossil fuel-based power plants, able to reach an emission intensity of 307-395 grams of carbon dioxide per kilowatt hour (gCO2/kWh), compared to 547-935 gCO2/kWh for liquid fuel power plants. Gas power technology is also becoming increasingly efficient, with GE’s HA technology now available at over 64% net combined cycle efficiency. Furthermore, access to natural gas has increased through recent finds of gas reserves, new gas pipelines, as well as advancements in LNG, all of which are making gas increasingly available and affordable.

Gas power offers other benefits that make it a good complement to renewables. Typically, solar and wind power are less power dense than thermal power generation resources, requiring more land per unit of installed generation capacity. For example, a 1,000 MW natural gas combined cycle plant can require 13 acres of land, while a solar farm can require 5,000 to 6,000 acres. Where large tracts of land are not easily available, or available far away from demand centers and require additional spend on transmission infrastructure, gas can be a critical part of the energy mix.

Additionally, renewables and gas power can both be deployed quickly. A trailer mounted aeroderivative gas power plant rated at 34 MW can be deployed in a manner of weeks to months. Simple cycle gas power plants can be in commercial operation 6–12 months following notice to proceed. Combined cycle power plants rated at 1,000 MW or more usually take 24–36 months to be brought into commercial operation. Wind and solar power can also be deployed quickly, typically generating power in as little as 6–12 months from notice to proceed. Switching from liquid fuels to a combination of renewables and natural gas, as opposed to either alone, or to other power sources that have projects with longer gestation periods, presents an immediate opportunity for deeper emissions reductions, while ensuring firm capacity.

It is also pertinent to recall the significant investments the GCC has made in existing gas power plants, which typically have a lifespan of 20-40 years. It is possible to enhance the performance of many of these facilities and to reduce their carbon intensity in the short to medium term. For example, upgrade solutions can be deployed to increase the output, efficiency, flexibility, lifespan, and availability of gas turbines, while reducing fuel consumption and environmental impact. In Qatar, using GE’s Advanced Gas Path (AGP) upgrade solution on four 9F gas turbines is expected to help enhance power output by up to 96.7 MW with improved plant efficiency and to reduce CO2 emissions for the same level of power output by up to 67,000 tons annually — the equivalent of taking up to 14,000 cars off the country’s roads. Simple cycle power plants can also be converted to combined cycle in as little time as 16 months, to produce up to 50% more electricity using the same amount of fuel. GE estimates that gas power plants with a generation capacity of up to 57 GW are still configured in simple cycle mode across the GCC today. Converting them to operate in combined cycle configuration can enable significant CO2 emissions reductions per megawatt hour of power generated.

In the longer term, it’s important to realize that a dollar spent on gas turbine technology today does not necessarily equal a dollar spent on a carbon footprint for the life of the asset. Developments in hydrogen-based power generation and carbon capture and sequestration (CCS) solutions mean that gas turbines can be a destination technology and not just a bridging technology.

Today, more than 100 GE gas turbines have operated (or continue to operate) on fuels that contain hydrogen, accumulating more than 8 million operating hours. The GCC has begun to invest heavily in the production of hydrogen and has many of the ingredients needed to produce both blue and green hydrogen more cost-effectively in the long run, including large reserves of hydrocarbons, depleted oil and gas reservoirs to safely store CO2, access to sea water, and enormous renewable energy potential. As hydrogen becomes more available, it can be used either as a blend with natural gas or on its own to fuel new power plants or existing facilities on a retrofit basis, with relatively minor changes to the gas turbine and plant auxiliary equipment. CCS projects are also in operation already in the UAE and Saudi Arabia and are likely to become more popular in the region to decarbonize various sectors, especially energy-intensive industries found widely in the GCC such as smelters, petrochemicals, and other industrial segments.

It is important to note that decarbonizing the GCC’s power sector will require interventions beyond the power generation segment. Grid transmission and distribution systems will need to be strengthened and new digital solutions introduced to improve connectivity, visibility, reliability, and flexibility as more variable power sources come online.

Actions will be needed to encourage behavioral changes to reduce energy demand, complementing efforts that governments in the GCC have already started to take in this area. With the GCC countries ranking amongst some of the highest per capita consumers of electricity in the world, and peak electricity demand expected to increase by up to 7.5% CAGR to over 250 GW in 2030, mandates and mechanisms to improve energy efficiency and decrease power consumption will be a vital part of the solutions mix.

Continued access to appropriate financing will also be key to helping the GCC countries achieve their ambitious goals to decarbonize power. Given fluctuating oil and gas prices, the continued growth in power demand, and the additional burden on public sector budgets due to the COVID-19 pandemic, the region will need to look beyond traditional government-financed projects, to more innovative models involving multiple parties, such as public-private partnerships, sukuk-backed projects, collaborations with export credit agencies, and other funding sources.

BUILDING A WORLD THAT WORKS

As the father of three children, I care deeply about the world we will leave behind for future generations. As the leader of the GE Gas Power business in Europe, the Middle East, and Africa, I feel privileged to be part of a team whose actions are contributing to shaping the future of energy and addressing the energy trilemma.

I believe our efforts are making a positive difference, helping to build a world that works better, today and in the years to follow.

GE is driving further discussion on the energy transition in the region by sponsoring a virtual forum titled Energy Pathways: Towards a Low-Carbon Future in the GCC, programmed by The Economist Events. The webinar, which is free to register for all, will be broadcast during 10.30 am – 11.45 am GST on November 3rd, 2021. The discussion will map out pathways to a low-carbon energy future in the GCC and features insightful conversations with leading actors in the power sector.

Read our white paper, tune into the webinar, and share your thoughts on how we can secure more reliable, affordable, and sustainable power in the GCC and beyond with me on LinkedIn. I’d love to hear from you.