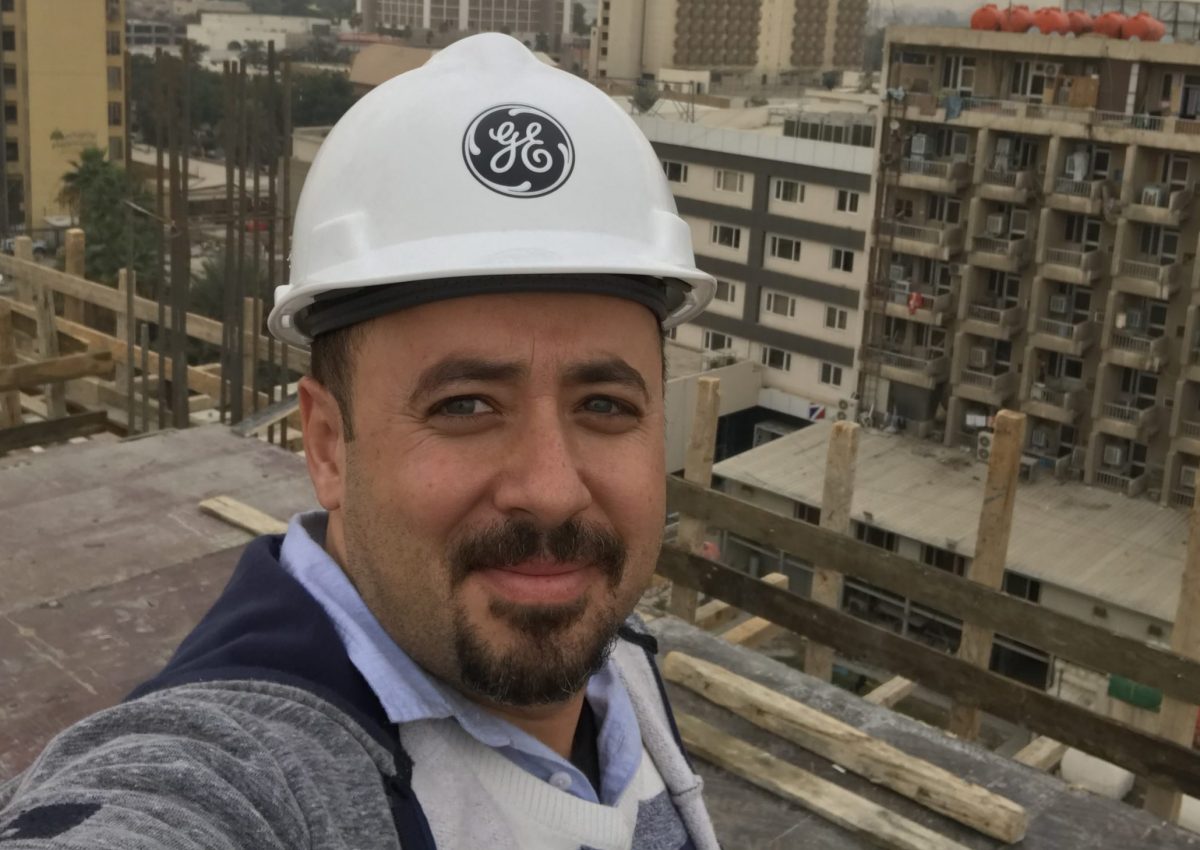 Delivering for Our Customers and Our People

Akram Mohammed Ali loves being in the field, even when it means he’s exposed to danger or constantly on the road visiting hospital customers in his native Iraq, or Jordan and Lebanon.

This has been Akram’s preference since the start of his career as a service technician for medical equipment. Even today, as Hospital Project Manager for GE Healthcare in Iraq and the Levant, he enjoys being out at customer sites.

“I like interacting with people and patients,” he says, adding that this work has particular resonance in Iraq. “I can see with my own eyes how our work is adding value for people, for the community and the country.”

Now 45 years old, Akram is responsible for the delivery, installation and hand-over of medical equipment for hospital projects across the region. Since he joined GE in 2010, he has led more than a hundred projects, from Iraq’s north to its south and across the Levant countries.

With every project, he’s passionate about ensuring “everything is done in the right way, and even more, that it’s done in the optimal way.”

Success in this field, he says, comes down to strong communication skills, especially with clients, to keep them appraised of the project’s progress and what to expect. Also important is strong project management skills, especially in his region, with so many challenges. Another priority: building trust with all stakeholders. This includes the GE team and also the customer, whether a private hospital operator, the director of a government hospital or officials from the Ministry of Health.

This trust, he says, comes from GE’s rigorous and transparent approach at each step of a project. “Transparency is the most important thing for customers. They want you to be clear on what are the challenges, and what you need from them. They also look to us to give them ideas and guidance on what they need to deliver from their side for project success.”

Customers also respect that GE Healthcare has local implementation teams. In Iraq, for example, projects are managed and delivered by Iraqi teams, “so end users have more confidence that the people on the ground will execute the project correctly.”

These projects include healthcare milestones, including delivery of Iraq’s first cyclotron, which along with radiopharmacy equipment, produces radioactive tracers needed for PET/CT scans used in the diagnosis of cancer, heart disease and other chronic diseases.

This first cyclotron was deployed in 2018 at the Al Andalus Oncology Center in Baghdad. Akram and his team also installed a full suite cancer treatment solutions, including a magnetic resonance imaging (MRI) machine, advanced CT scanners, a gamma camera, mammography equipment, a bone densitometer, and an advanced ultrasound unit.

Akram also led the installation of the country’s second cyclotron, at another hospital, and has two additional cyclotron installations currently ongoing.

One of his largest hospital projects was for the Al Kafeel Specialist Hospital in Karbala. The project, completed in 2016, required 13 large trucks to deliver more than 260 pieces of equipment, including MRI and CT scanners, x-rays, ultrasound machines, cath labs, fluoroscopy equipment, and life care solutions.

One of the riskiest jobs was a hospital project in Mosul during 2013-2014, shortly before the city was captured by Isis militants. During a trip in 2013, he had to visit Mosul, despite the unsafe security environment. He traveled with a low profile, including renting an old car. He made it safely there and back, ensuring the project continued.

Reflecting on his decision to go, he said: “I do this for my country. If I do not do this, nobody will. These hospitals are necessary for the people across Iraq. I made my decision to make sure we as GE and me as Akram could deliver for our customers.”

View all from: Iraq, Healthcare