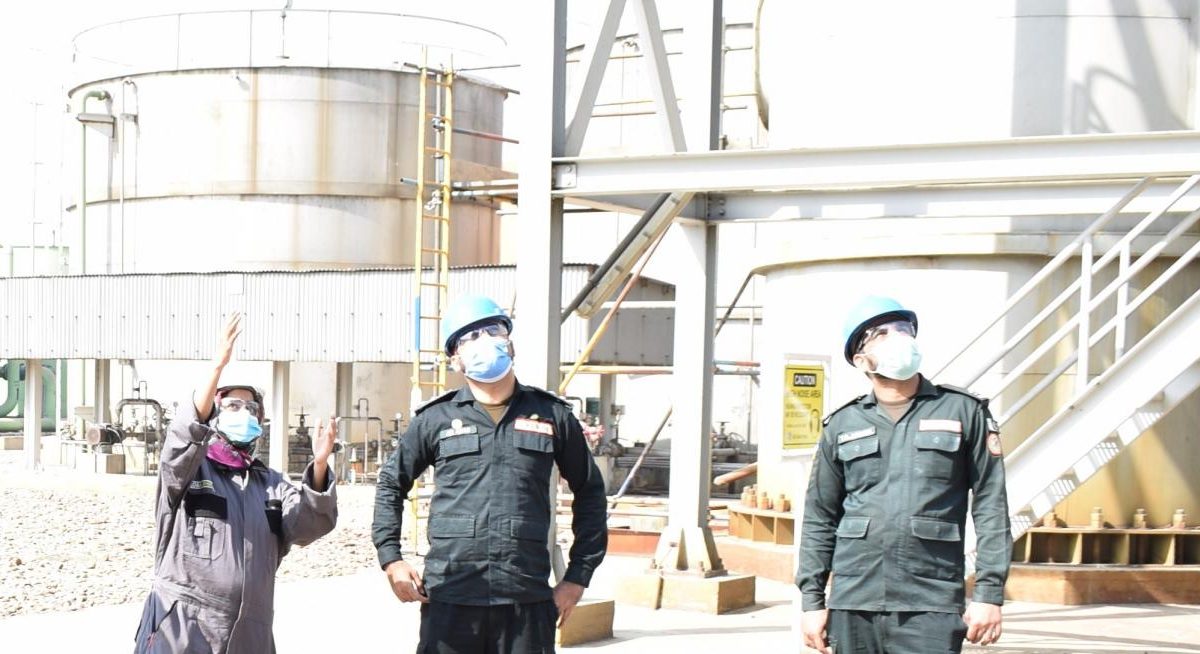 The Self-Starter: Anum Arooj Knows Success Has No Limits If You’re Willing to Take on Challenges

For Anum Arooj, who lost her father when she was just 12 years old, the real-life impact of her role as an environment, health and safety (EHS) specialist could not be clearer.

“I’m working for families in the community, ensuring we are providing a safe environment, one where employees can finish their day at the plant and return home to hug their children.”

Anum, who leads EHS for a power plant in Pakistan that is operated and maintained by GE Gas Power, explains, “This is what gives me so much job satisfaction and why, although I’ve been offered positions with other functions, I’ve not taken them.”

In her current role, Anum is responsible for ensuring that the plant meets various EHS requirements, including EHS trainings for staff. “We take EHS very seriously at GE and I’m proud to lead the team at our site on this front,” she says.

As the youngest daughter, Anum says she felt the loss of her father particularly strongly, driving her to do what she could to augment the pension her mother received. So, at a young age, she began tutoring her fellow students and their siblings. “This wasn’t something I had to do; my mother did not ask me to, but I wanted to do something to help my family.”

“Those were hard times,” she recalls. “We had lost the head of our family and had to survive on our own. But our mother was determined to give us an education, even though some well-meaning relatives suggested she should just get her daughters married instead. She refused to listen and ensured we got university degrees.”

After starting university, Anum continued tutoring, and later, she began teaching at a local academy.

Mature beyond her years, Anum was ahead of her age in school as well as she was promoted early through a couple of grades in primary school. Consequently, she was more than two years younger than her peers when she entered university.

Nevertheless, she still scored high grades and earned several scholarships, with an 18-hour-a-day schedule that included teaching in the morning, going to classes in the afternoon, and studying in the evening. “I learned that there is no limit to success if you are willing to put in the work to tackle challenges.”

Rising to the challenge

Soon after earning her Master’s degree, Anum spotted a job posting for an EHS trainee with an organization that was contracted by GE Gas Power to assist with certain services at a power plant in the Punjab Province.

She applied, was offered the position and became one of only two women to work at the plant. “I was blessed to have interactions with EHS experts at GE who taught me a lot about the field, since at university, we only had one or two semesters on the subject.”

After nine months, she was chosen to lead the EHS function at the plant. That was a huge accomplishment as the EHS leaders at other GE-operated plants in the country had five to eight years of experience.

Over the next few years, Anum took on progressively senior roles, eventually becoming an EHS team leader at GE.

Today, Anum continues to challenge herself and continues to win recognition. While working full time, she is pursuing a PhD in environmental sciences, with a specialization in safety. Nevertheless, over the past several years, she has received more than a dozen awards, and another 10 EHS recognitions for the plants where she has worked.

Thinking about the different types of jobs she has held, Anum says it’s important not to judge any work opportunity as being too ‘lowly’.

“I earned money by teaching fellow students. I didn’t feel it was demeaning to do this. We should value all the jobs we do.” After all, that early work led her to more tutoring and teaching opportunities.

What’s particularly moving to her is that former students continue to call her for career advice. She’s also proud to know that among the students she taught, one is a doctor, another is an accountant, and a third is an engineer.

It’s no surprise that she also thinks that labeling jobs as ‘male’ and ‘female’ is wrong. “I tell young people that we should not think that a particular career is just for men or for women. We should open ourselves to consider any type of job. Don’t limit yourself.”

To young women in particular, who she mentors and speaks with when visiting university classes, her advice is, “Stay focused and don’t be afraid of failure. Step forward, take risks, and always volunteer to take on the harder and more challenging jobs.”