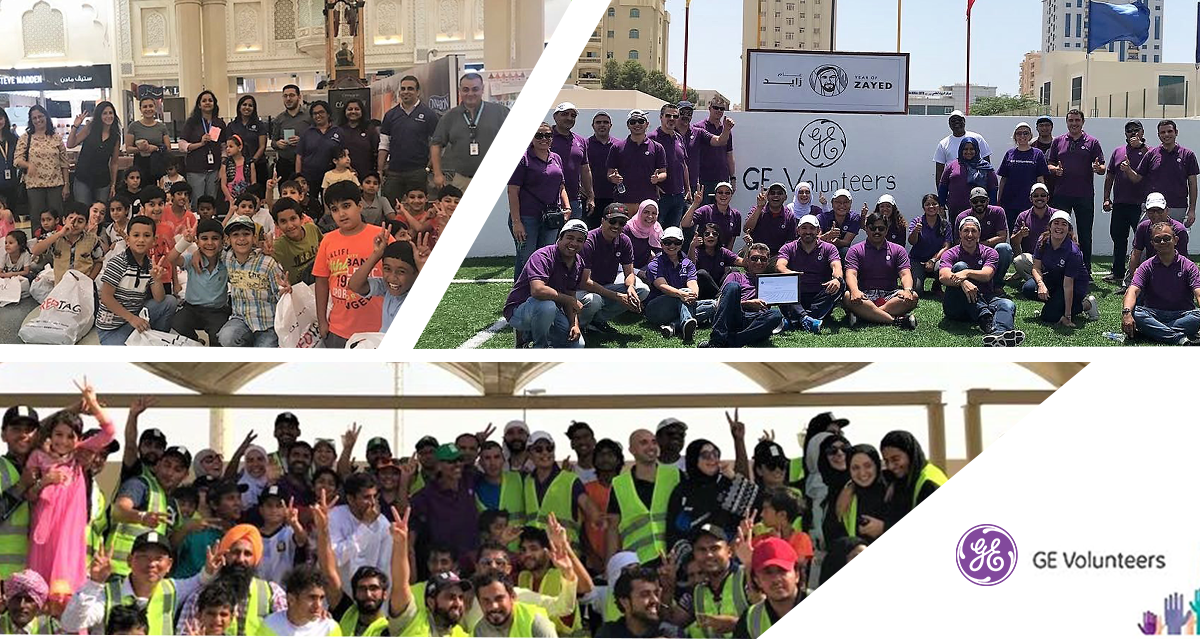 They are soft, cute and cuddly. But for 20 young children from Rawafed who each made one of these plush teddy bears with the help of a GE Volunteer, they are particularly special. At the same time we had 20 older children from Rawafed who build their own first robot in partnership with Junkbot. The wonder in the eyes, the feeling that they can also do something like this was amazing to see.

The activity was one of nearly two dozen conducted by GE Volunteers in the UAE during 2018. Other projects ranged from laptop refurbishments and fun runs, to food and clothing drives during Ramadan, engaging workshops encouraging children to study STEM subjects, and a beach cleanup.

More than 643 GE employees donated 2,752 hours of their time, during both work and non-work hours. This commitment of GE and employee time and resources positively impacted nearly 8,700 people in communities across the UAE.

One of the largest single activities of the year was the involvement of 70 GE volunteers who spent an entire day working to provide a football pitch, a basketball court and a volleyball court for the National Charity School in Ajman. Done as part of a “Build a Safe Playground” drive, the GE employees also renovated two staff rooms at the school with chairs, desks and cabinets.

GE and its UAE employees have worked with the school for years. In 2017, they helped implement a major renovation of the school library, while earlier projects have included renovating the Science and Computer lab, donating more than 100 laptops, installing an audio system for events, and renovating classrooms.
Other GE Volunteers activities in 2018 included several Injaz Al-Arab workshops for young people, including one focused on teaching personal finance skills and another run as an entrepreneurs’ camp. Injaz Al-Arab is a program to empower youth in the Arab world.

GE held several of its Igniting Minds sessions for children, including build-a-robot and build-a-generator workshops. Igniting Minds is a GE program that visits special needs or needy schools to conduct simple science activities with the kids.

As well, for at third year in a row, the volunteers organized a sports day at the Senses Residential and Day Care Centre for special needs children.

View all from: UAE, Corporate