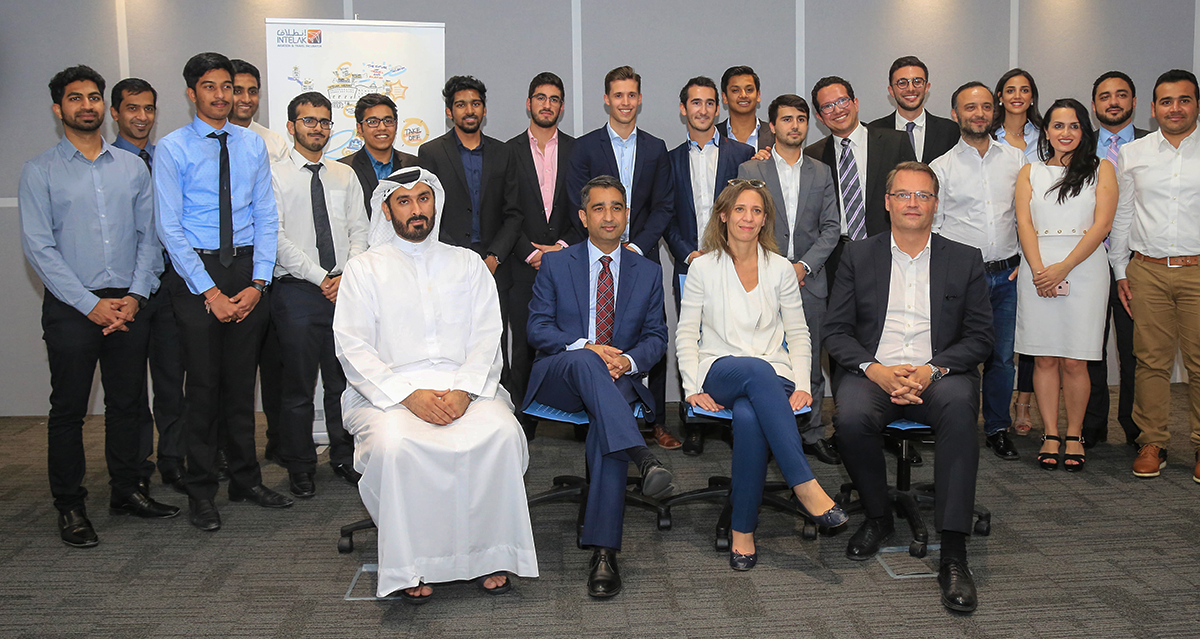 It Was a Long Road, But Four New Startups Are Now Flying

It was a long road – with many twists and learnings – for four Dubai-based startups committed to radically transforming aviation, travel and tourism. But on April 30, 2018, they successfully graduated from the Intelak incubator in Dubai having moved their ideas from mere seeds into full-fledged business plans.

The day was both their graduation from the three-month Intelak program and an opportunity to pitch their innovative ideas during an Investor Pitch evening, attended not only by Intelak’s principal partners: the Emirates Group, GE and Dubai Tourism (the Department of Tourism and Commerce Marketing), but also local and regional investors.

The four teams were well prepared for their big day. Not only did they participate in a one-week boot camp for 20 shortlisted groups in February, but they also have just completed three months of intensive mentoring and startup support at DTEC. The mentors came from Intelak’s three founding organizations, as well as local organizations such as Sustain Leadership, Dubizzle, Marshall, BECO Capital, Tajawal.

The graduating startups are Flyt, an app that incentivizes travelers to travel with less luggage by rewarding them with eco-points; Safeflight, a platform that connects people with medical needs with care givers inflight; Trift, which lets holidaymakers experience travel itineraries curated by social travel influencers and enhanced by artificial intelligence; and Peliere, a digital solution that streamlines the logistics industry by creating a platform to facilitate charter and part-charter services.

As with all Intelak winners, these four startups received AED 50,000 each, as well as the three-months of incubator support at DTEC.

Applications for the fourth intake of Intelak are now open until September 6.

The outreach for the fourth cohort will include intrapreneurs from the Emirates Group, GE and Dubai Tourism; early stage start-ups; incubators like Sheraa, in5, Astrolabs, and DTEC; universities like Emirates Aviation University, American University in Dubai, American University in Sharjah, Rochester Institute of Technology Dubai, Harvard Business School, INSEAD, and government entities like Dubai SME, the (Dubai) Department of Economic Development, and the (Dubai) Roads and Transport Authority.

The shortlist of 20 finalists will be announced in September, and a boot camp will be held at DTEC in mid-September, with the four cohort four winners announced shortly after. Their incubation at DTEC will follow with a graduation and Demo Day in late December