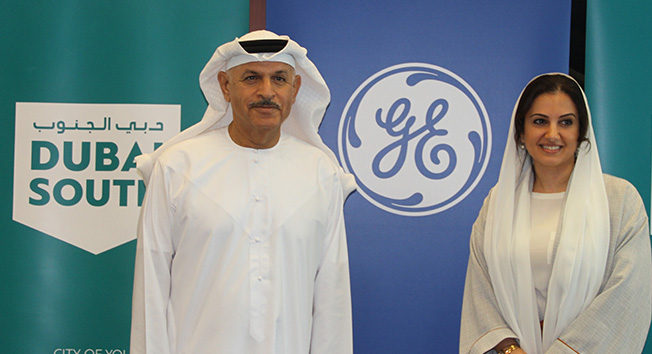 When your car engine needs repair, you go to your dealership or favorite garage. However, when you’re talking about an aircraft engine, the technology, and the logistics are much more complicated – not least because each engine is many times the size and weight of a single car.

As well, the economics of aviation means that you don’t ground a plane unless you really have to. As a result, repair teams fly to the aircraft engine in need of high-technology repair and will even fly a replacement engine to the plane, so they can switch out engines to keep the plane in service.

The aviation equipment needing repair is then flown to a workshop, provided high-technology maintenance and repair fixed and then flown back to the aircraft.

Speed – to put it mildly – is of the essence. Equally crucial is access to extremely high-caliber technicians, repair facilities, and super-efficient logistics. That’s why it’s a big deal for the UAE’s aviation sector and broader Gulf region that GE Aviation has decided to set up a new high-technology maintenance, repair and overhaul (MRO) operation at the Dubai South Aviation District Aerospace Supply Chain Facility.

The new facility will serve as a high-technology maintenance and repair center for GE Aviation’s On Wing Support division . The MRO aviation facility will serve GE airline customers from across the region with specialized in “Quick Turns,” which are light- to medium-scale work scopes, where the goal is to fix a specific technical issue rather than a heavy shop visit where the engine is torn down to the piece part level.

“The high technology maintenance work that will be performed at the new facility shows that the Middle East can truly be a hub for aviation activity,” said Dr. Dalya Al Muthanna, President & CEO, GE Gulf.

While GE Aviation has been servicing its UAE customers – including Emirates and Etihad at their sites – in the country at their sites for years, but the new facility marks a turning point.

Through this new On Wing support facility, GE Aviation will have a dedicated MRO facility will extend the scope by bringing service engines coming from carriers based outside the UAE. into the country for repair.
The center will service all GE/CFM engine models, with a specific focus on the LEAP-1A and LEAP-1B engines. These brand-new engines will be installed on the Airbus A320neo and Boeing 737MAX aircraft.

While GE Aviation has serviced its UAE customers – including Emirates and Etihad at their sites – the new facility will extend the scope by bringing engines from outside the UAE into the country for repair.

The new facility also will serve as a storage location for spare engines, leveraging the strategic location of Dubaially placed to deploy to customers in the Middle East, North Africa and Turkey region.

All of this is possible because the facility is situated within the Dubai South Aviation District. With Dubai located within eight hours of two-thirds of the world’s population, it provides a central location to serve GE Aviation customers across a wide region. As well, the location is designed specifically to serve the aviation logistics industry and has close integration with nearby Jebel Ali Port, one of the world’s busiest.

As the world’s first master-planned airport city, Dubai South is concentrating on building state-of-the-art infrastructure around the Al Maktoum International Airport, thus creating a thriving aviation ecosystem. The Aviation District provides a specialized business environment that meets all the needs of the aviation industry.