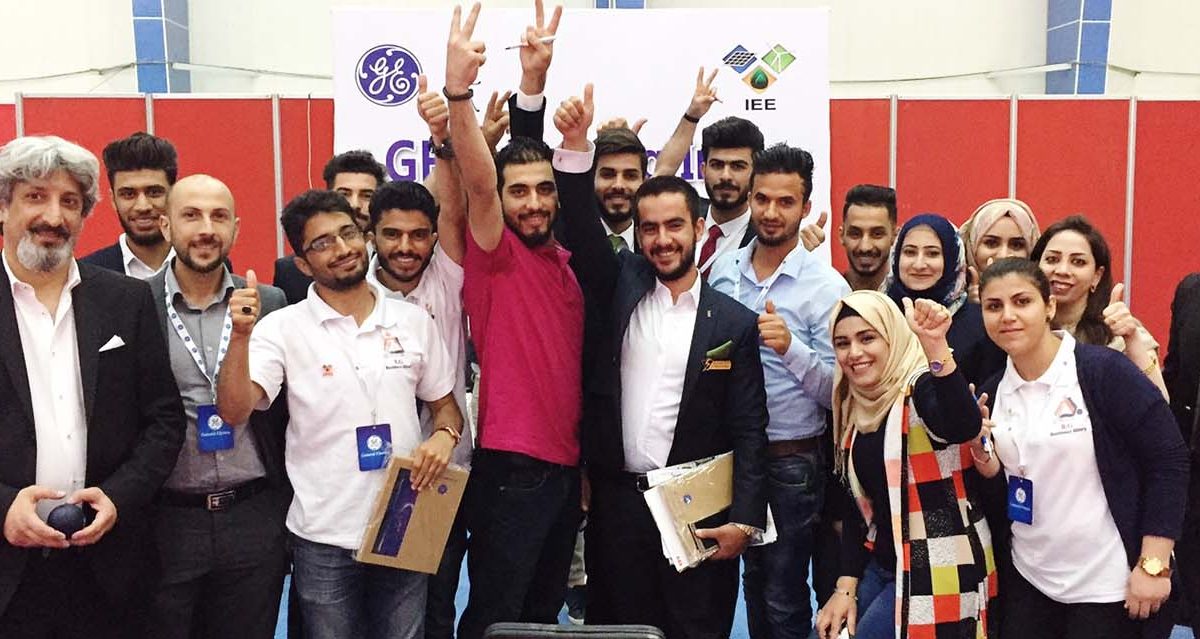 As a secondary student, Mustafa Ismail wanted to be an electrical engineer. But when applying for university he found himself accepted into a mechanical engineering program instead. As luck would have it, he loved the subject and is now using those skills to help bring much needed new electricity to Iraq’s power grid.

So passionate was Mustafa for mechanical engineering that he earned both a BA and an MSc in the discipline at Nahrain University in Baghdad.

Today, he is a participant in GE’s Contractual Services Leadership Program, where he receives training, mentoring and skills development during the two-year curriculum, which is focused on contractual services agreements and contracts. At the end, he will become a Certified Contract Performance Manager.

However, it wasn’t a straight line from university to GE. Before joining the company, he worked in sales and marketing for a company providing spare parts for pumps. Through this work, he learned about Nuovo Pignone, a GE subsidiary that makes pumps for the oil and gas industry. From there, he learned about GE itself.

He began exploring GE’s career website and after a year, applied to join the Graduate Management Program, a GE development program for recent university graduates. From there, he joined the Contractual Services Leadership Program.

Mustafa says the program has given him not only expertise and skills, but also “confidence” in his own abilities.

He also has learned “time management, how to work under pressure, how to outperform, and how to deliver results in an uncertain world.”

He’s also filled with tremendous pride because of his work on the Power Up Plan, a joint project between GE Power and the Iraq Ministry of Electricity to boost power generating capacity through upgrades and servicing of ministry power plants. During 2016 and 2017, the program will add nearly 1,400 megawatts of capacity to Iraqi power plants.

Mustafa recognizes the broad impact that program is having on all Iraqis. By increasing power availability, the Power Up Plan means more comfortable summers for Iraqis and reduced spending on fuel needed for private diesel generators when the power is out.

“I feel proud to help solve the problem [of electricity supply] that I have been experiencing since childhood,” he said.

View all from: Iraq, Gas Power