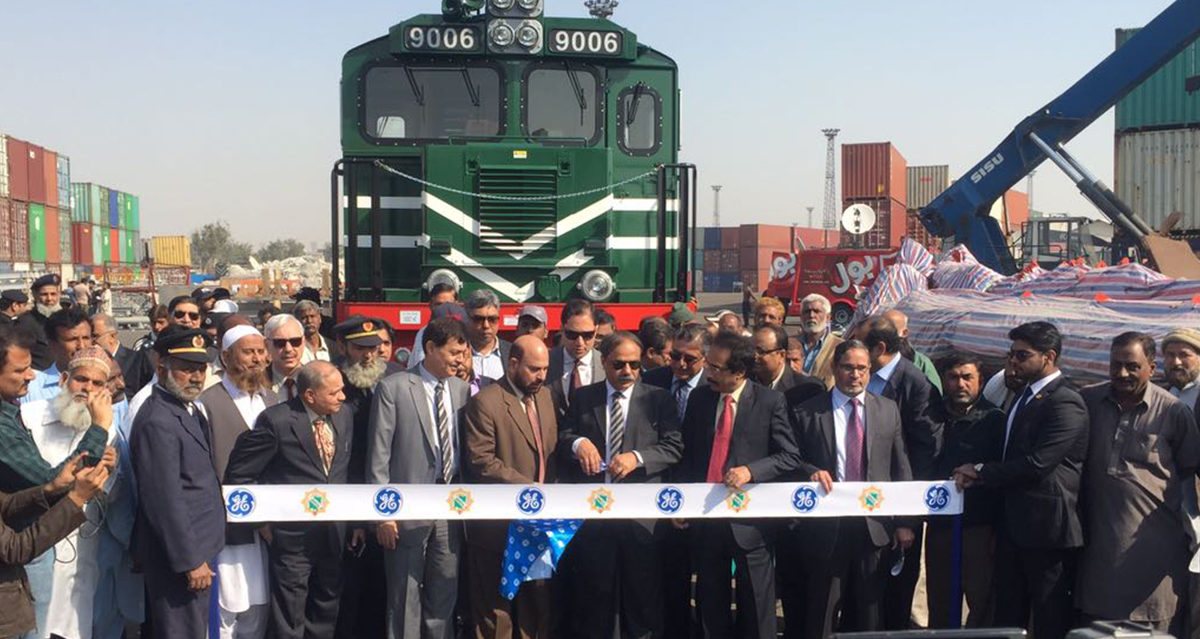 The port city of Karachi, on Pakistan’s southern coast, is about 1,000 km from the inland power plants at Sahiwal. Delivering imported coal to those plants, which are providing critical power to meet the country’s economic growth, will be made more efficient and reliable with the recent delivery of seven new GE Evolution Series™ locomotives.

These GE Evolution Series™ locomotives – designed for the harsh environmental conditions of Pakistan, including its high temperatures. They have a horsepower greater than 4,500, an 8,000-liter fuel tank and can pull 40 high capacity wagons each. They are also a part of GE’s Ecomagination portfolio, to qualify for which, products must demonstrate both improved economic value and environmental performance.

As part of an agreement signed in 2015, GE will deliver to Pakistan Railways a total of 55 GE Evolution Series™ locomotives during 2017. This supports Pakistan’s Vision 2025 to modernize the transportation infrastructure and improve regional connectivity.

Mr. Javed Anwer Bubak, Chief Executive Officer of Pakistan Railways stated, “Strengthening the transportation and logistics infrastructure is crucial to support Pakistan’s economy. Each locomotive will be used to haul up to 3,400 tons of freight and the seven locomotives are expected to help Pakistan Railways generate substantial revenues of up to Rs. 13 billion per year. We are glad to partner on this initiative with GE, which is well-known throughout the world for its reliability, innovation and superior technology.”

The government aims to increase the share of rail in total transportation from 4% to 20% in a move that will lower overall national freight costs and reduce the environmental impact of moving goods across the country.

The GE locomotives will be used exclusively to haul freight, and will primarily transport coal supplies from Port Qasim in Karachi to Sahiwal. Five trains will run daily for this purpose, carrying 12,000 tons of freight.

GE has been a committed partner to Pakistan Railways for more than 35 years. GE’s commitment extends across other key sectors of Pakistan’s economy, including healthcare, power, oil and gas, and aviation, and is supporting the nation’s development of human capital and vital infrastructure.

View all from: Pakistan, Transportation