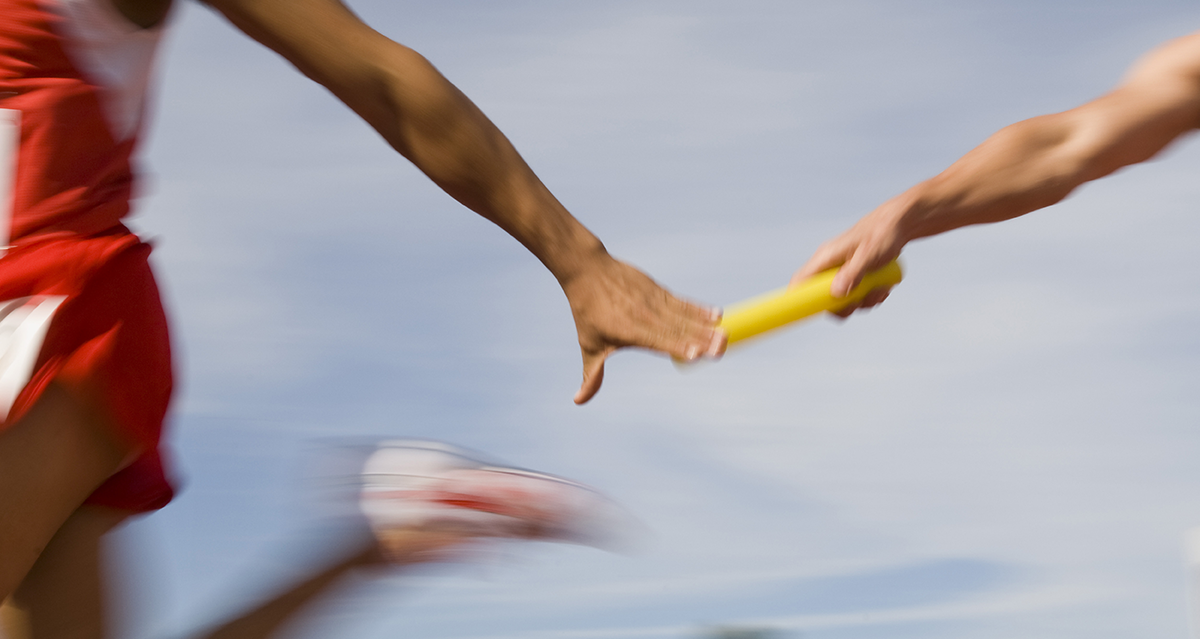 On call for Olympic athletes: MRIs, ultrasounds and digital X-rays

The Olympic Games is a festival of physicality, with the superhuman feats of thousands of athletes, a source of awe for billions of mortals spectating from couches around the world. Behind those peak performances are hundreds of doctors, physios, massage therapists, dietitians, conditioning coaches and others.

And behind them is the Olympic Games Polyclinic, the purpose-built, latest-and-greatest medical centre kitted out with advanced digital-imaging technologies, including ultrasound, MRI and X-ray machines, and GE Healthcare Digital solutions for diagnostic imaging.

As well as having access to all that technology, in Rio—for the first time ever—all athletes’ medical movements will be tracked by Electronic Medical Records (EMRs). The advent of EMRs and fully integrated digital health solutions is a Games-changer, ensuring fast, connected diagnosis and treatment of all Olympians, as well as providing a digital record to enhance their post-Games medical care.

GE is a worldwide partner of the Olympic Games and provider of all the Polyclinic’s digital-imaging medical equipment, which the Rio 2016 Organizing Committee will donate to hospitals in Brazil after the closing ceremony of the Paralympic Games. GE has also designed and initiated the new electronic medical records network for the Olympic Games, through its Centricity Practice Solution system.

Dr Richard Budgett is an Olympic gold-medallist and sport-medicine specialist who has, since 1992, held various senior medical roles at both the summer and winter Olympic Games. He won gold at the Los Angeles 1984 Olympic Games, as a member of Great Britain’s coxed-four rowing team. By the time the London 2012 Olympic Games were in play, he was Chief Medical Officer. Today, Budgett is the IOC’s Medical and Scientific Director and the perfect person to show GE Reports the where, what and how of the Polyclinic, as well explaining why the EMRs will be a cornerstone of health services at this and future Olympic Games.

I always say that the Polyclinic is the jewel in the crown of medical provision at the Olympic Games. It’s quite a large building in the middle of the Olympic Village and it’s where athletes or any members of the Olympic family go if they’re injured or sick. It can deal with anything that doesn’t need to go to hospital for an operation. The investigation facility—providing the ability to make fast, accurate diagnosis—is really important. The Polyclinic has scanning, MRI and CT scanning, X-ray, ultrasound, all of which are aimed at making a diagnosis quickly so you can competently treat athletes as fast as possible and get them back on the field to play, which is of course the priority at the Olympic Games.

It’s become more and more sophisticated over the years, and at London 2012, where I was the Chief Medical Officer, it was used massively. There were thousands and thousands of patient consultations in the Polyclinic. The most important thing is the sport-medicine provision, and nowadays, that’s a team. So it’s the sport-medicine doctor with the physiotherapists, massage therapists; and a number of specialists come in—orthopaedic surgeons and physicians; and there are specialist services such as ophthalmology and dental; and the pharmacy, which is also very important.

There’s a real buzz of intellectual activity around the most fantastic equipment and kit and you’ve got some of the best doctors and other medical professionals in the country volunteering to be part of this, and international medical personnel, too. So there’s a great opportunity for continuous professional development, for learning, and the medical staff at the Polyclinic normally get a great deal out of that experience and benefit from it and talk about it for years afterwards.

Increasingly sport-medicine doctors are using ultrasound scans in the same way as other doctors would use a stethoscope; it’s become a standard piece of equipment in the majority of doctors’ musculoskeletal consultations. Doctors who treat athletes have a degree of expertise in using ultrasound literally at the bedside. Then if it’s something complicated or they’re not completely sure, they will turn to the specialist radiologists in the Polyclinic who may use the larger, more sophisticated ultrasounds that are available in the Polyclinic or turn to MRI or other modalities, such as CT or X-ray. Ultrasound, X-ray and MRI are all extensively used.

When you look at the statistics of sports injuries the most commonly injured body part, across all sports, is the knee. So naturally that’s reflected in the imaging; there’ll be a lot of knee imaging. There’s quite a lot of backs as well, but it depends on the sport. I’m an old rower, so I know that rowers can suffer from problems with their backs. It depends what sport you’re in and injuries are often very sport-specific.

The Polyclinic runs 24/7 from the time the village opens on the 24th July until the Village closes, after the closing ceremony. During the small hours, it’s only an emergency service. The general service is supposed to close at 11, but it’s not unusual for an athlete to come in late from a venue and to get scanning or another sort of emergency treatment done, even if it’s 1 o’clock in the morning.

If they were kept at all, a lot of records were in the doctors’ heads [when Budgett was competing]. They would be kept on a piece of card or perhaps a few pieces of paper. The team doctor who looked after me was probably more organised than most, in that he had little cards in a box and we each had a little card that had one or two lines about major issues or if he’d seen us for anything in particular. So we had some sort of record, but it was very basic and the different physiotherapists or different doctors would generally work in a silo. There was no handover. You would just come and tell them what the other doctor or physio had done, and then they’d go from there. There was no joined-up progression of care. And that made it quite difficult, for both the athletes and the coaches.

Going for gold with connected care

From these Games, we’ve got an Electronic Medical Record [EMR], which the doctors, physiotherapists and others who are looking after the athletes can use as part of longitudinal care. It’s not individual clinicians looking after an athlete; it’s a multidisciplinary team. All sorts of people could be involved in that multidisciplinary team, from a pharmacist, through to a dentist, sports-medicine generalist, orthopaedic specialist, radiologist, physiotherapist, masseur. An athlete may move through all those, and the Electronic Medical Record will enable the practitioner to see at a glance what has happened to that athlete: what investigation that they’ve had, what the results of those investigations are, what treatment they’ve had and what their response to that treatment has been. It’s fast, seamless medical care.

It’s also medicolegally safe for the practitioners, because they’re not operating in a vacuum and that’s more and more important to them these days. Ultimately it gives us all the statistics we need, to plan for future care.

The most important thing about an Electronic Medical Record is it provides you with that longitudinal surveillance. We get surveillance through the Games, which is very important so that we know what injuries and illnesses are most common in what athletes. But that’s even more important over a four-year period. We are encouraging institutes, National Olympic Committees and squads to take up an Electronic Medical Record—the Polyclinic is using a fantastic one, Centricity Practice Solution—and use that throughout the four-year period to monitor what’s happening to the athletes, how effective the treatment is by different practitioners, and to prevent injury and illness occurring in the first place, which is the priority for the IOC’s Medical and Scientific Commission. That is something we’re working on in partnership with GE, to create something that could be available to all the institutions and all the squads around the world.

During the Games, it’s about providing a medical and diagnostic service which is fast and also really accurate, and that has a level of excellence that everyone from all around the world can be confident in. With that confidence, both the support staff and the athletes can give it their best. If they’ve got that niggling thought, ‘Oh, gosh, perhaps I should go and get another opinion if it needs to be done differently. Am I doing the right thing?’, that’s going to really interfere with the athlete’s recovery and performance. They have to have complete confidence that ‘this is the very best MRI scan, and this is the very best ultrasound, and the best person wielding it, that I can get.’ So they can go out there and do their very best.