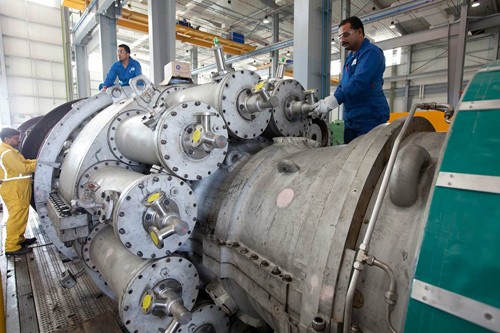 Iraq is known to have one of the world’s largest petroleum reserves; however its oil sector has suffered and is in need of investment and rejuvenation. In that context, GE has had a history of supporting Iraqi infrastructure needs in power generation and oil and gas since the 1950’s, and more recently in water processing, aviation and healthcare

The northern regions of Kirkuk and Kurdistan figure prominently in Iraq’s plan to boost oil production in the long term. The Kurdistan Regional Government (KRG) claims to have oil reserves greater than half the cumulative value of all the oil reserves within the Organization of Economic Cooperation and Development (OECD) community.

In support of the Kurdistan regional government’s initiative for the private sector to help meet the energy requirements of the region, GE has recently signed contracts totalling around US$200 million to supply power generation equipment and services for two independent power projects in the Kurdistan region of Northern Iraq. These two projects are the latest in a series of independent power projects that will help support the region’s current and future power needs, and the country’s overall efforts to develop its energy infrastructure.